Is Your Small Business Happy With Your Commercial Insurance?

The U.S. Small Commercial Insurance Study 2017 conducted by J.D. Power (based on over 3,000 insurance decision-makers in businesses with 50 or less employees, with general liability and/or property insurance) reviewed overall customer satisfaction amongst small business commercial insurance customers that employ up to 50 individuals.

Overall satisfaction is measured according to five elements (these factors are positioned in order of importance) including: interaction, policy offerings, price, billing and payment, as well as claims (note that satisfaction is calculated on a 1,000-point scale).

In the wake of the devastation of Hurricane Harvey, it is timely to revisit the importance and impact of commercial insurance on small businesses.  Hurricane Katrina in 2005 caused $79.7 billion in damages. In 2012, Hurricane Sandy caused $36.1 billion, and Hurricane Ike, which in 2008 followed a similar path as Harvey, caused $22.3 billion in damages.

“Commercial insurance is one of the least understood and oft neglected small business expenses,” explains Abraham Zaiderman, founder of Abraham Zaiderman Consulting, a company specializing in advising restaurant franchisees, “however, when there is an event requiring insurance, it can mean the difference between continuing as a going concern or closing your doors forever.”

At National Business Helpers, we have worked with our clients during several serious storms — helping to secure an immediate business cash advance or alternative financing when banks or traditional lenders would have taken weeks or months. 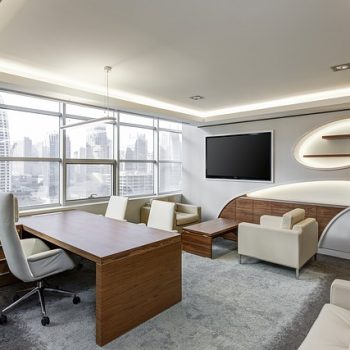